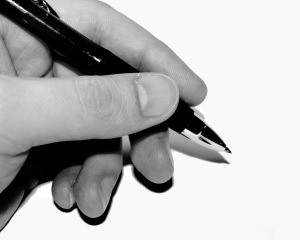 Your eyes saw me when I was formless; all my days were written in Your book and planned before a single one of them began. (Psalms 139:16)

For my first attempt at writing a book, I tried to look up some type of outline for novels. I thought, surely there was something like what I was required to use in high school. I couldn’t find one. Instead, I had to sit down and decide how I wanted the book to end and create a timeline of events that would bring me to the ending. From there I felt I could actually write the book.

What’s interesting is that even with plotting the story, the story itself almost took a different path but still came back to the end I was looking for. It makes me wonder if that’s how God plans our lives.

It’s paradoxical, though. God makes plans for our lives, but gives us the freedom to choose our own plan.

Starting in Genesis 37 until the end of the book, we are told of the story of Joseph. At the age of 17, he was his father’s favorite. His brothers hated him for it. It didn’t help that Joseph had a dream that depicted his brothers and parents one day bowing down to him.

Then came the day his brothers made the choice to sell Joseph into slavery. They covered up their actions by making it look like an animal had killed their father’s favorite son. I’ve always thought that their father was never the same after that.

Life continued for Joseph in a much different way than it had started. He hadn’t chosen to be a slave, but he did choose to do what he thought was right by being the best that he could be. The Bible says that God was with Joseph and he prospered in all he did. He was put in charge of everything in his master’s household. But, when he was wrongly accused of trying to force himself onto his master’s wife, he was thrown into the king’s jail.

Again Joseph found himself in a place not of his choosing, but God was with him and it wasn’t long before he was in charge of taking care of all the inmates.

One day that King of Egypt had a dream. They called Joseph to interpret and he was able to explain that there would be seven years of abundant harvest followed by seven years of famine in the land. Not only was Joseph able to interpret the dream, but he was also able to give Pharaoh a plan to keep people from starving. Pharaoh put Joseph in charge of the plan, making Joseph a rank just below himself.

When the famine struck, it eventually reached Joseph’s family. His father sent his brothers to buy food. When they came face to face with their little brother, they didn’t recognize him. It took two trips to buy food and Joseph testing his brothers to see what kind of men they had become before he revealed himself to them. Then, Joseph had his family move to Egypt so he could take care of them.

When Joseph’s father died, his brothers were afraid. But Joseph said this to them, “Don’t be afraid. Am I in the place of God? You planned evil against me; God planned it for good to bring about the present result — the survival of many people. Therefore don’t be afraid. I will take care of you and your little ones.” (Genesis 50:19-21b HCSB)

I think it’s so cool. I personally want to follow that perfect plan because I know it will be much better than anything I could ever plan for myself.

You planned evil against me; God planned it for good to bring about the present result — the survival of many people. Click to Tweet.

This site uses Akismet to reduce spam. Learn how your comment data is processed.