Lately, my kids and I have been on a superhero kick. We’ve watched every episode on-line trying to catch up to the current season. When the boys were young I didn’t really mind when they got into superheroes. Though a few superheroes are a little arrogant, most are not and their ideals are set high. I think every mother wants to see their own son (or daughter) grow up with strong morals and still not be full of themselves. I think it’s something to strive for even for ourselves. 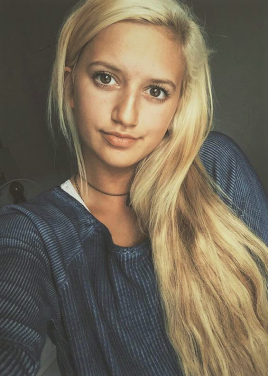 So, what is it about a superhero that draws us to them? Of course, they are usually beautiful people, but the ones I like the most aren’t vain. Most of them don’t consider themselves important people, but think everyone is important and worth “saving.” They value life.

A superhero gives us hope. He or she shows us that there’s still good in the world. No task is too small or menial. They save people from burning buildings and cats from trees. It’s all in a day’s work for a superhero.

Yet superheroes aren’t perfect either. They make mistakes which makes them human. Over time, each one of them understands that their source of power comes from within. For us Christians, that source comes from knowing Christ.

The strongest man recorded in the Bible was Samson (Judges 13-16). God gave him great strength during the time he was Judge. The Philistines were oppressing the Israelites and they called on Samson to do something about it. The Bible says he killed 1000 men with a donkey’s jaw bone. While in Gaza, at midnight, he “took hold of the doors of the city gate along with the two gateposts, and pulled them out, bar and all.” (Judges 16:3 HCSB)

He wasn’t perfect, though. From reading his story, I’ve always felt he must have been a little arrogant. He made one fatal mistake. He told the woman he loved, a Philistine, how he could be defeated and defeated he was, but not before he killed 3000 Philistines, by making a whole building collapse on them and himself.

In 1 Samuel 17, the story of David and Goliath is told. David was only a youth and probably not as strong as Samson had been, but he had an incredible faith in God. That faith lead him to kill a lion and a bear while watching over his family’s sheep. It gave him a righteous indignation for the words Goliath the Philistine dared to say against the Living God’s army. The armies were lined up on a hill across from each other. Goliath was the Philistine’s champion. A position he gained possibly because he was 9’ 9” tall. Everyday Goliath would yell insults at Israel’s army. David took exception to the insults on God’s behalf. He killed the giant with one smooth stone to the forehead. (1 Samuel 17:15)

David wasn’t perfect, either. He was an adulterer and murderer. I’m not talking about being a warrior king. He saw another man’s wife and took her for his own. When he learned she was pregnant, he arranged for her husband to be killed at the front lines. Yet, the Bible says he was a man after God’s own heart. And he was because he always sought forgiveness and never lost sight of who God is, the Lord of the Universe, who gives us the strength we need when we need it.

There was another reason I didn’t mind my kids getting into superheroes. I hoped one day they would see the correlation between superheroes and who Jesus is and what we can be through him. I’m not talking about being able to fly or having super speed or even being exceptionally good looking. I’m talking about being humble, considering everyone as important, and giving others hope either through word or deed.

This applies to me, also. I’m glad to know God uses people who aren’t perfect. I never want to think that I am. Jesus lives in me and that’s what matters the most. I hope to always be there for whomever when they need a word of encouragement or help.

Lord, please keep me humble. Help me to see when someone needs me. Thank you for using me even though I’m not perfect.

David never lost sight of who God is, the Lord of the Universe, who gives us the strength we need when we need it. Tweet This.

This site uses Akismet to reduce spam. Learn how your comment data is processed.