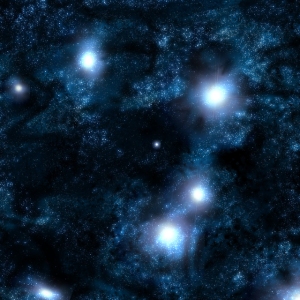 He took him outside and said, “Look at the sky and count the stars, if you are able to count them.” Then He said to him, “Your offspring will be that numerous.” (Genesis 15:5 HCSB)

“It will all work out in the end.”

Have you ever had anyone say these things to you? Do you say this to others? I have to answer yes to both questions.

I know these phrases are meant to be helpful and they are. But, I’m going to be honest and admit that a small part of me find it aggravating. So, I have to ask myself “Why?” The answer; because that small part of me doesn’t want to “Let it go.” I’m afraid what will be isn’t what I want it to be, and it works out all wrong.

Really, those phrases sound like we are leaving it all up to chance. Or, that it all depend on destiny. As a Christian, I don’t believe in chance, luck, or destiny. I believe God has a perfect plan for me but gives me the choice to choice the plan as He has written or to make my own. The problem with me is this; I am not perfect and my plan isn’t going to be as good as His.

So, when I let worry in and I don’t want to “Let it go,” what am I really telling God? The answer: I don’t trust You to work it out and I am impatient for Your promises.

But, why is life such a struggle sometimes?

In Genesis 15, God promised Abram (later renamed Abraham) that he would have offspring as numerous as the stars. Abram and his wife, Sarai, (later renamed Sarah) didn’t have any children at the time. Abram questioned God, but He promised that his descendants would one day own the land from “the brook of Egypt to the Euphrates River.”

What is interesting is that God tells Abram that he will have more descendants than he can count, but they will spend 400 years in slavery. He was given a promise and was told the struggle that would occur before the promise would be fulfilled.

All he had to focus on was the promise. Yet, he and his wife had to wait for the promise despite not having any kids. Sometimes the waiting is the struggle.

Sarai got impatient. She had a slave named Hagar. She talked Abram in taking her slave as a wife so she could have a family through her slave. Abram did. When Hagar discovered she was pregnant she was disrespectful to Sarai. In turn, Sarai complained to her husband and said, “You are responsible for my suffering!” (Genesis 16:5 HCSB) I find that so hilarious. She was the one who talked him into it but now blamed him.

In the end, Sarai had her son when she was about 90 years old and Abram was 100. It’s hard when we want things to happen now, but sometimes for the promises to be fulfilled, we have to experience the struggles. The struggles make us grow up. We learn from them and become wiser. I’m not sure if Sarai learned anything from the experience but I have. I learned that I need to wait on the Lord and to never doubt. His promises always happen.

Lord, help me to be patient. To work at doing your will and trust that it will work out the way you want. Thank you for the best plan for my life.

Life is busy isn’t it? Just when I think I have a break from something, I find myself running the roads even more. It makes it hard to stop and enjoy life in the moment. Plus, when are we supposed to spend time with the Lord?

This is a subject that has come up several times in the past few months. We all have busy lives, so how are others fitting in a quiet time? One mom said she reads her devotion as she sits in the carpool line waiting for her kids. There was a time when I woke up early to have my devotion. I’ve also had my devotion at night before I went to bed. Now, I’m able to do my devotion after my kids have left for school.

The important thing is to set aside time to spend with our Heavenly Father. It’s like spending time with that person who is closest to you. You know, your best friend, your significant other, or, perhaps, you talk to your mom or dad more than anyone else. Whoever it is, we don’t go weeks without talking to them. It should be the same with our Lord.

In Luke 6:12, it says, Jesus went out to the mountain to pray and spent all night in prayer to God. But, let’s think about this for a moment. Before this time of prayer, He healed a man with a paralyzed hand. Before that, He ate at a banquet in the home of Levi the tax collector. And, before that, He healed a paralyzed man whose friends lowered him from the ceiling because the crowd was too large to get through. And, before that . . . well you get the idea. The point is, Jesus was busy during His ministry. The Bible says wherever He went the crowds followed. Yet, He still made time to be with His Father in heaven. Of course, there were times when He tried to slip away to pray, but the people found Him. He would teach them, but after that, He would find a quiet time for God.

Everyone’s situation is different, but you can find a prayer time that right for you. Our lives are always changing and our prayer time may need to change with it. With our busy lives, you and I may need to be like another person I know. They set their alarms to remind them to pray for a certain person in their lives. Now a days, you can download devotions and Bible apps that will even notify you at certain times of the day. What’s important is that you begin somewhere and make the effort to stick to it.

Lord, thank you for the example that Jesus made to always try to spend time with You. He was just as busy as I am, but He still made the time. Help me to follow his example, and do a better job at finding time with you. Forgive me for those time I missed an opportunity to have a quiet time.

There are several blogs that I like to read on a regular basses. To do that I’ve subscribed to them and it’s sent to my email address. It gives me a lot of emails, but it’s easier for me to read them. One of the blogs I read is Michael Hyatt. He is a great source of information for author and want-a-be authors. Lately he has been writing about creating a life plan. Though I didn’t sit down and write out a life plan for every aspect in my life, I did jot down a list of goals for my writing because I felt I wasn’t really getting anywhere. I started with what I needed to get done first and moved from there. Here is what I came up with:

If you want to learn more about life plans you can go to Michael’s post.

What about you? What do you think about a life plan? Do you think it has some value?